~ It is time to get back to me. I have started traveling across America online and I have learned that there are some good places as well as some bad places in America, my country. Just like a person no one is perfect and no country is perfect, but I am still proud to be able to be called an American.

I know there was a bad storm in Louisiana and a few people have suggested I bypass this state, because of that. I thought about it, but then I realized why am I listening to those who as far as I know haven’t read my blog.

If they had read anything I have written, they would know that I like to stay positive about all things, and one cannot do that if they are focusing on the bad things. Yes, I know bad things happen, but do we focus on that and NOT try to move past it to make things better or do we just stay where we are at?

I only know of a few things about  Louisiana  other than Mardi Gras and Louis Armstrong. I am looking forward to learning more about this state..

Description   Louisiana is a southeastern U.S. state on the Gulf of Mexico. Its history as a melting pot of French, African, American and French-Canadian cultures is reflected in its Creole and Cajun cultures. The largest city, New Orleans, is known for its colonial-era French Quarter, raucous Mardi Gras festival, jazz music, Renaissance -style St. Louis Cathedral and wartime exhibits at the huge National WWII Museum. – Google   {}

I just remembered a movie I once saw a long time ago that was set in Louisiana.  Brad Pitt( who played Louis) and Tom Cruise (who played Lestat) in the movie called, “Interview with the Vampire”, which was based on a book by Ann Rice.

After I saw this movie back in 94’ I read the book (and as I read it I saw Lestat or should I say Tom Cruise as  brought Lestat alive on screen) and the six books that followed. I read  “Queen of the Damn”, and was highly disappointed when I saw the movie. It had nothing to do with the actors, but it wasn’t like the story I read.

{} city of New Orleans  – The holiday of Mardi Gras is celebrated in all of Louisiana, including the city of New Orleans. Celebrations are concentrated for about two weeks before and through Shrove Tuesday, the day before Ash Wednesday (the start of lent in the Western Christian tradition). Mardi Gras in New Orleans – Wikipedia https://en.wikipedia.org › wiki › Mardi_Gras_in_New_Orl… {}

~ Sorry, no picture for this kind of party isn’t really to my taste….

{} Louis Armstrong was born in New Orleans, Louisiana on August 4, 1901.   He was raised by his mother Mayann in a neighborhood so dangerous it was called “The Battlefield.” He only had a fifth-grade education, dropping out of school early to go to work. Biography – Louis Armstrong Home Museum

30th Anniversary of the Dedication of the Louis Armstrong Archives! Sep 5, 2021

For the 30th anniversary, we’ve reached into our Archives to share a 17-minute video compiled by Queens College of the Dedication! The first 10 minutes is footage from the ceremony, climaxed by a full performance of “St. Louis Blues” featuring many of the trumpeters in the house. The rest of the video complies TV news coverage of the Dedication, featuring even more interviews and glimpses from a memorable day.

Today, our Archives–the world’s largest Archives for any single jazz musician–have been completely  digitized thanks to a $2.7 million grant from Fund II Foundation and are searchable online  at https://collections.louisarmstronghou…

And don’t miss the curated virtual exhibits from our Archives on our “That’s My Home” site here:  https://virtualexhibits.louisarmstron… {}

#1  It is always nice to remember those who came before us and their GREAT music. I wish that sound where you can relax to or even get you off of your feet and simple d.a.n.c.e …….   Dance…….. 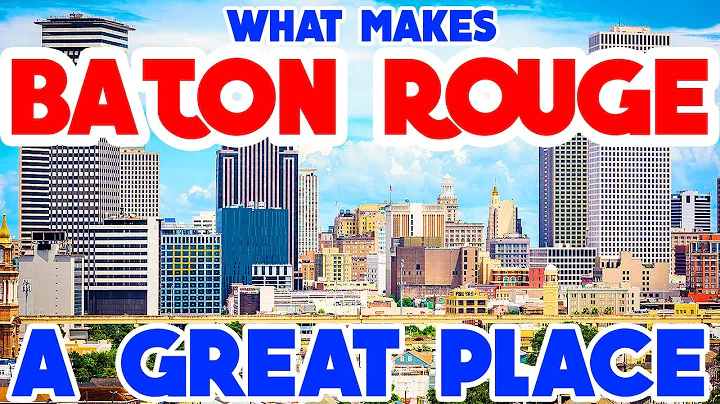 601 TRAVELS   We’re discovering cities. States & points of interest, one at a time! Subscribe & join us as we see what there is to do in your favorite destination. https://youtu.be/Fw0NbvlvaOc{}

#2  I like the old capitol building. It reminded me of a romance book or two, it looked cool. I wouldn’t care for the outdoor or water parks, but they have some nice museums I would like to visit.

I went to Addis, Louisiana and found more than five videos, but nothing with talking information. They showed buildings, a zoo, a restaurant, and well I was looking for something else. Here is a site if you want more information: https://www.addisla.org….

#3  This is a nice park to visit. I could see myself sitting with a book for a while.

I was in Addis ,Harahan, and Youngsville, but there wasn’t anything that caught my attention.  I am going to look for more cities to visit….   I am done looking for something that’s not about food, places to live, or  –    Things to do in Louisiana you can find out more info on this site. https://www.tripadvisor.com/Attraction_Products-g60864-New_Orleans_Louisiana.html