I knew I wanted to make a boy’s blanket and I wanted to do another new pattern. I can’t believe I actually went through five different patterns before I settled on the Granny Square Stitch. Although I have done this pattern countless times. I know there are countless ways of doing the same stitch and if it was a chance to learn something new?

I crochet and I am opened to learning different ways, because there is “No one way” to actually do a crochet stitch. I enjoy learning something new (#5 – I believe it’s called a standing stitch).

HOW to CROCHET CATHERINE’S WHEEL – Crochet Stitch Pattern by Naztazia

You can learn how to Crochet the Catherine’s Wheel Stitch pattern in this DIY video tutorial. Hi I’m Donna Wolfe from Naztazia. This is a nice crochet stitch for beginner to advanced crocheters. The stitches are composed of two opposite shell clusters that form a circle, wheel, or round object. This stitch pattern works great in a blanket, a scarf, or a shawl. It would also look nice in a sweater or other fashion accessories.

Do you love crochet, crochet tutorials, easy crochet patterns, and the occasional crochet along?  Whether you want to learn to crochet, looking for new crochet designs, crochet stitches, crochet ideas,  yarn & yarnspirations, or a step by step crochet tutorial, you have found the right place!  The Secret Yarnery is here to help you bring your creative aspirations into reality with motivation, inspiration, and easy diy tutorials.  Join us!  https://bit.ly/2opYkWB

Blossom Crochet   Super easy V Stitch square – can be used for small individual squares or one large continuous square of any size! Find me on Instagram:https://www.instagram.com/blossom_cro…

Granny Squares are a great stash busting project. – whether you choose to make lots of small ones or a huge one, this crochet tutorial will help you do it!

Time to get back to crocheting..

I decided on a lazy Saturday. I thought about going for a walk, but I was enjoying myself as I worked on my pastel blanket and watched an anime I had stopped watching for a short while.

I learned this pattern from Blossom Crochet……..

{} https://youtu.be/c3MIn-ALLTM        Blossom Crochet   This absolutely beautiful and delicate baby blanket is just dreamy! It’s very simple once you get started and I hope you enjoy the tutorial!{}

Description  Black Clover is a Japanese manga series written and illustrated by Yūki Tabata. The story centers around Asta, a young boy born without any magic power. This is unknown to the world he lives in because seemingly everyone has some sort of magic power. Wikipedia 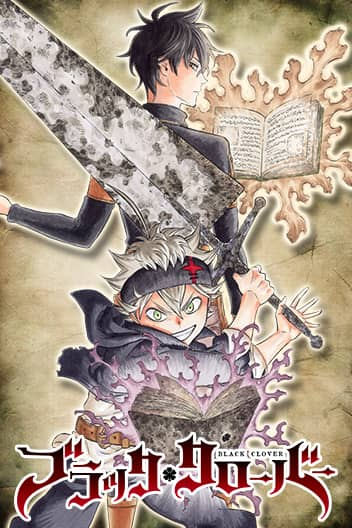 I did go to Louisiana, but it’s not completed yet. The sun has been gone for a while. I am going to continue to watch this anime series until I can no longer keep my eyes open.

I am smiling, because I really enjoyed myself today. Tomorrow I will look into finding an e-commerce site to add to my blog, because I need to start selling all crochet items……

Customer    : I see a tank with a whole lot of new stuff on it. Wow what is that on top of this big metal thing that is taller then I am, but I am going to reach for it anyway.

Me (Yelling) : Ma’am PLEASE stop that, because that’s not safe.

I shut up and shook my head at her as I looked away. She  doesn’t know if the tank was locked and things could have fallen on top of her. I am like, nothing is on that tank that is worth me getting hurt.

Today I barely got home and I had to get a relaxing cup of peppermint tea. Some customers just get on my nerve for doing something stupid……

I found a Gin Rummy card game on my phone and now I cannot stop playing it. I was going to go to my next state, which is Louisiana. I was told I shouldn’t, because of the bad storm.

I am going to put it aside from now and think about it some more. Once again I am at a loss at what anime I am going to watch. I remember watching..

Description   Kamisama Kiss is a Japanese manga series written and illustrated by Julietta Suzzuki and serialized by Hakusensha in the shojo manga magazine Hana to Yume. The series is licensed for regional release in North America by Viz Media as part of their Shojo Beat imprint. Wikipedia

I  remember the first season, but I don’t remember how it end or if it did. So, I asked that question and google gave me an answer….

{} For manga fans, the Kamisama Kiss extended a scene that many could not be upset with. In both the anime and the manga, Tomoe and Nanami get married….. Except for a quick flash to the future, the anime ends after this wedding scene and it was perfect. July 11, 2020 {}

I decided to watch it again, but after I watched the first season. I got to thinking. Did that really air, because sometimes a book isn’t always turned into an anime. I am going to go to the last chapter in the second season to see if it happened that way.

I know that is like reading the last chapter of the book, and yes I have done that. Sometimes it was for the best and I got to see how it came to that ending and other times I was glad I didn’t  waste any more of my time.

I was hoping I could get a cup of coffee and continue to watch this and then work on my pastel project. I am a little confused, because Tomoe did say he would merry Nanami, but that was when she was a child. The story ended with a New Years Eve party and NOT a wedding.

When you think about a coffee shop. You would be hoping to get in and out with a hot or cold drink in one hand and maybe something sweet in your other hand. You could be meeting a friend to catch up on all times or have a quick business meeting.

{}Caribou Coffee Company is an American coffee company and coffeehouse chain. Caribou Coffee was founded in Edina, Minnesota, in 1992. As of May 2015, the company operates 603[2] locations worldwide.{}

Coffee shops offered other drinks besides coffee like flavor tea, or hot chocolate for those who don’t drink coffee. Whatever your reason for going to a coffee shop is totally up to you. 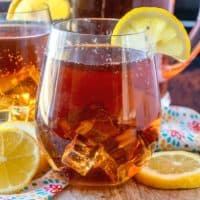 · Vegan Gluten free  ·Homemade Southern Sweet Tea is the house wine of the south. This recipe comes out perfect every single time thanks to a simple tip. {}

That is a real coffee shop, but this is a virtual cafe. If you are like me, you are probably trying to figure out what a “Virtual Cafe” is?  I am playing on words in order to have an area where I can talk about the books I have read.

Yes, a book review, but not like any other book reviews. I love the wonder of words from past books to books that just came out. There have been times when I have read a book twice and totally missed something the first time. A good book is sometimes worth reading one more time. The second time could be the best time.

I have read these books maybe twice if NOT more than that and I may have started in a cafe (before going to work) with  a cup of coffee as I was enjoying what I was reading. {}

A blog is another outlet to be creative and I believe everyone should be creative once in a while.  The best thing about my blog, you may not know what you are going to be reading until I hit that send button, and I hope my words will be a good surprise.

After spending hours at the hospital with my mother, because of the same old problem. She isn’t alone, it is hard to stop eating what we have been eating for over fifty years, but enough is enough. The salt has to go and more water has to be taken in.

I awoke with new eyes. I cannot stress how much I DO NOT like water.  I told myself, “I am going to Change”, and I have done just that.

What is it going to take before you change the way you look at what you are eating, what you are doing, and how are you truly living? I know change is HARD, but who says living your BEST LIFE was going to be easy? We may not get tomorrow, so why not make the most of TODAY?