I have always wanted to travel, but I am going to start being honest with myself. I may NOT be able to visit other States across my homeland, but that doesn’t mean I cannot see them.

I am in a new age where anywhere can be seen online and one can set their dreams free if “They just Change how they look out into the world,” so here I  go looking at the World with new eyes.

I will start with  Alabama and go from there….

(I wanted to add a picture, but I got to thinking about what is copyright and what is free? I will come back to this or not – )

Alabama is a southeastern U.S. state that’s home to significant landmarks from the American Civil Rights Movement. The city of Birmingham’s 16th Street Baptist Church, now a museum, was a protest headquarters in the 1960s. Martin Luther King, Jr.’s church and the Rosa Parks Museum, dedicated to the activist, can be found in the capital of Montgomery. ― Google

**A Side Note: This idea came from me watching a video on youtube of New York City and I thought I could watch a video on other States as I continue to work on my baby blue blanket (which I am almost done with) and get a feel for the State.

However that isn’t what I saw. The first thing that came to mind was, “this State LOVES its football,” and this wasn’t what I was looking for.

Then I noticed “The do’s and don’t” video and thought that was a good idea. I got to copying and pasting and then saw the copyright sign. My first thought was to get in contact with them and ask them if I could add their story to mind.

~ So, I am going to first look for another video that may showcase this state, and go from there….. 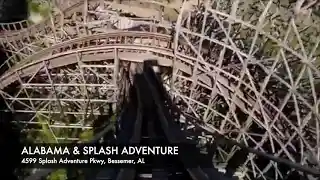 601 TRAVELS  Let’s explore BIRMINGHAM, ALABAMA and find out what makes it a GREAT place. Birmingham is a city in the north central region of the U.S. state of Alabama. With an estimated 2019 population of 209,403, it is the most populous city in Alabama. Birmingham is the seat of Jefferson County, Alabama’s most populous and fifth largest county. Watch our What Makes This a GREAT Place Playlist here: https://www.youtube.com/playlist?list…

~ This video gives you a big picture of some of the things to do in Alabama. Let’s see what else I can find….. 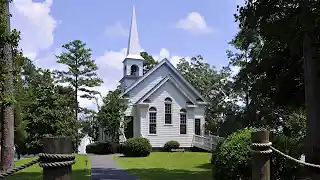 THEWORLDOFTRAVEL Alabama is a state located in the southeastern region of the United States. It is bordered by Tennessee to the north, Georgia to the east, Florida and the Gulf of Mexico to the south, and Mississippi to the west. Alabama is the 30th-most extensive and the 23rd-most populous of the 50 United States. At 1,300 miles (2,100 km), Alabama has one of the longest navigable inland waterways in the nation. Source: Wikipedia

This was more of what I was looking for. It showed some very cool pictures. I wish it was a little longer, but I can’t wait to watch the next video…

💙 💙 Now this is what I was looking for. This video may not have had the music or the names of all the areas that were seen. This video was like seeing the state as if you were driving through the streets of Birmingham Alabama and that is what you were doing.

I felt as if I was there (although I would have had some music in the background, but that maybe just me) and it was cool.

As the driver got closer to what I was really curious to know what those large poles were that were on the right side of the driver as they drove past a street sign that read: 12 Ave N. was it a baseball field or maybe a golf course?

It’s Google map’s time. I have an address so – Still don’t know what I saw. It’s okay, I am now over it.  I thought I would add some history to this, but then I remembered I didn’t like doing that while I was in school and I am NOT about to do that now. Besides, I am not writing a history report or acting as a tour guide. (Feel free to look up all the info you want to look up online or your local library)

I just want to look at places that make up America and who knows maybe another state may catch my attention and I would like to know more about it. Until then it’s time to get back to my blanket….

Just have to add a border and this project will be done….