I started watching a new anime and of course I forgot its title. Good thing there is google. This is what I typed in, ‘an anime where a young girl solves mystery and stays in a library,’ and this is its answer:

{} Gosick No. Kazuya, a Japanese student in the Saint Marguerite Academy in Sauville, meets a mysterious girl named Victorque atop the school’s library tower. 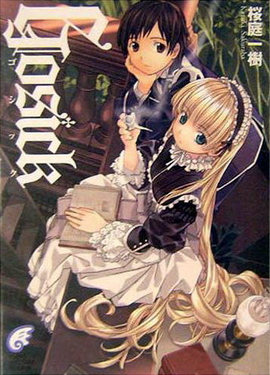 – Wikipedia Images may be subject to copyright.{}

I don’t get why she has to stay on the school grounds all the time or that her brother act likes she isn’t there, even though she is helping him, but Victorque accepts it as her faith. I want to say Kazuya was tricked into going to the tower and there he found a friend he didn’t know he was looking for.

She has a mind that will clear up any kind of mystery and loves finding an answer to an unknown question. He seems to always be in an area at the wrong time and by the time he realizes he is in trouble it’s too late.

He helps her not to be bored all the time and she helps him be able to stand on his own and not in the shadow of his brothers.

This is a cool anime. I am enjoying this story as my pastel project gets bigger. The weekend is almost here and I don’t want to spend it in the house. I don’t have a clue as to what I will do or where I will go, but I have two more days to think it out…